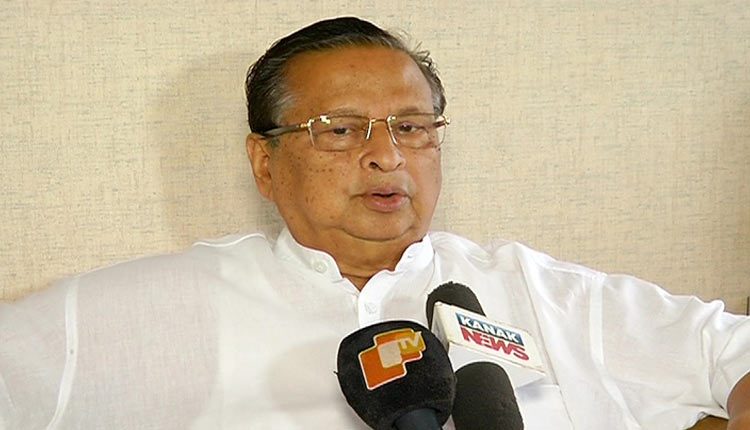 ODISHA DAILY: PCC president Niranjan Patnaik has played the role of a role model for his party men through his eloquent and vibrant speech. While attending the rally organized by the Kendrapara District Congress, Niranjan slammed at the districts ruling MLA citing their zero performance. In his stern speech, Mr. Patnaik targeted the MLAs and MPs of the BJD and made a public presentation on how they are preoccupied with their personal interests, instead of the interests of the district, which has fuelled the politics of Kendrapara.
The rally, organized in the name of the party for the soil, demanded the establishment of a medical college in Kendrapara. Niranjan described how the ruling party was neglecting Kendrapara. “Among the six BJD MLA, two are in the running for the minister post, as the cabinet reshuffle may be within one or two months. Another legislator, a very old politician, was eventually imported and placed here. He is worried about how to retain his seat. Another is drowning in his own health worries instead of worrying about the soil. In such cases, the district’s self-esteem has been undermined. Such leaders do not have the courage to speak out. Everyone who opens their mouths will suffer the fate of the Panigrahi of Gopalpur,” said Niranja.
Although it was a political meeting of the Congress, Niranjan’s stare at the ruling party’s legislators has been like salt in a wound. Kendrapara Municipality is the oldest in the state and has celebrated its 150th anniversary. Despite all the infrastructure for the medical college, the district has been neglected. On the other hand, an influential legislator from neighboring Jajpur district has all set to set up a medical college in his district, which has also created an awkward situation for the leaders of the ruling party here.